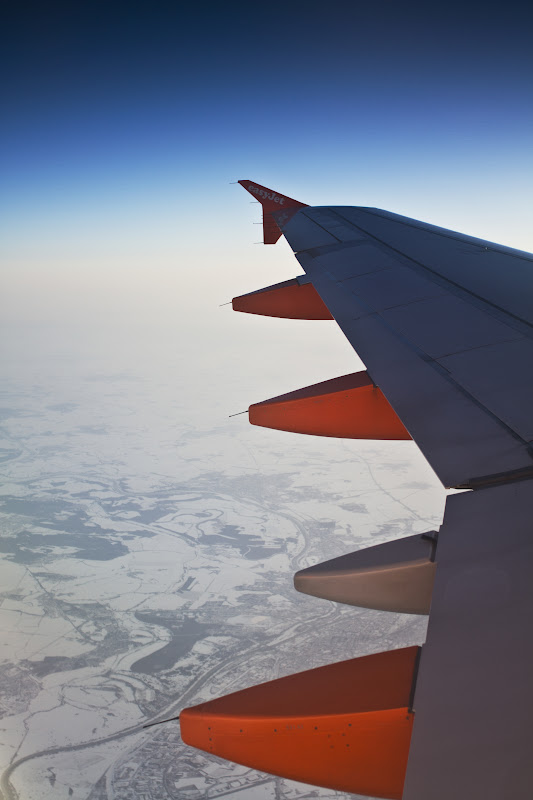 This post concludes the images from Berlin.  I have finally finished editing the mountain of photos that I took.  This is the last image from the trip, taken somewhere over Germany.  You can find more photos from Berlin here. 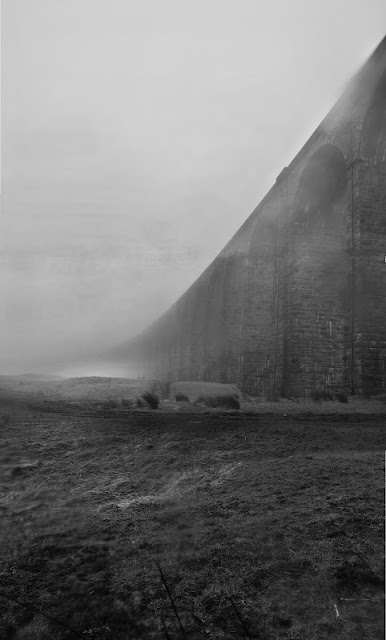 I went to Ribblehead today.  The trip was a bit disappointing, as soon as I got there, the fog rolled through the valley, and within half an hour, I couldn't see the viaduct anymore.  Also, it was raining lightly, which made keeping the filters and front lens element clear a nightmare.

However, I did get some good experience, both in taking the photos, and in post production.  I borrowed a Tilt/Shift lens from college, so I could try out the different camera movements that are found on large format/view cameras.  I also wanted to try and achieve Schiempflug.  You can read more here.
A tilt shift lens works with the same movements as a large format camera.  The lens can be tilted; forwards or backwards, side to side, to adjust the focus plane within the image.  The lens can also be shifted; up or down, side to side.  This moves the image circle that the lens produces around on the sensor/film, therefore adjusting what the camera 'sees'.

In post production, I had a challenge with producing the image above.  The image is a blend of three landscape orientated photos, Top, middle, and bottom.  I wanted to include all of the viaduct in the shot, so I used the shift movement (up and down) to adjust what the camera saw, without distorting the perspective of the verticals.  As I had three different photos, I had three different exposures.  The white balance was also off in each of the images, as I forgot to use manual white balance.  Rookie mistake I know, but this was easily fixed.  Before I could do overall adjustments to the final image, I had to do a lot of colour correction to each of the three images to get them to blend well.  Although I spent a considerable amount of time doing this, I didn't manage to get it quite right, but I suppose that'll come with practice.  If you look closely, you can make out the blend line of the images.

Overall, its not a very good image, the composition is poor, not focused very well; I know you shouldn't blame your tools, BUT, the lens had spots of water on it, and the soft focus at the top and bottom of the image is due to the image being made at the edge of the image circle, where focus fall off is unavoidable.

Posted by George Simms at 23:00 No comments:

I'm going to Ribblehead tomorrow! I shall hopefully bring back some good photos.  I shall continue to edit and share photos from Berlin too! 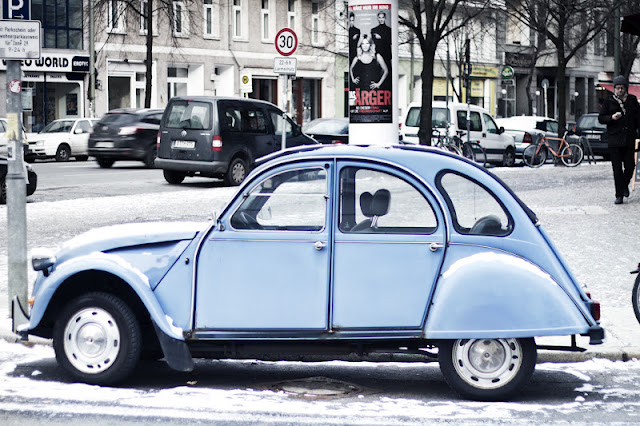 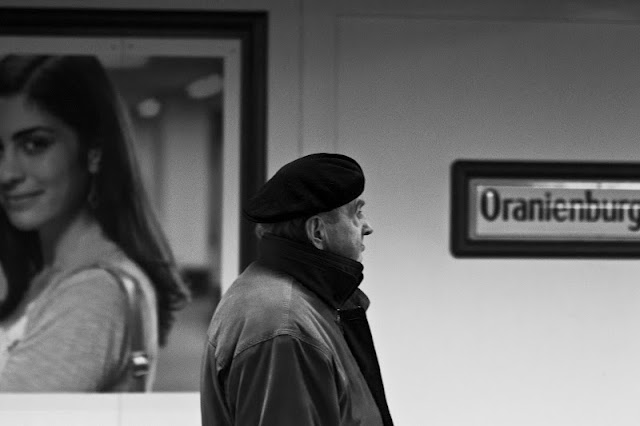 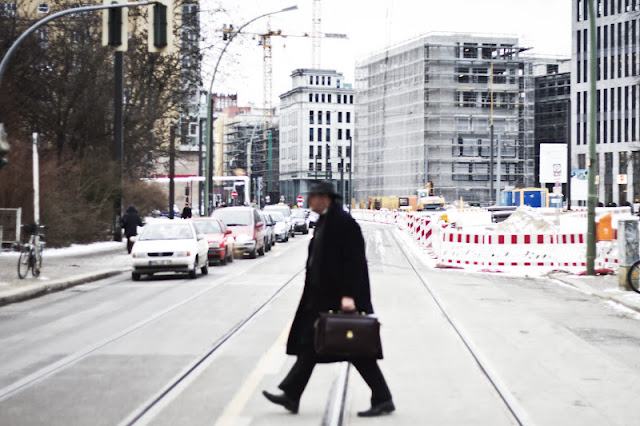 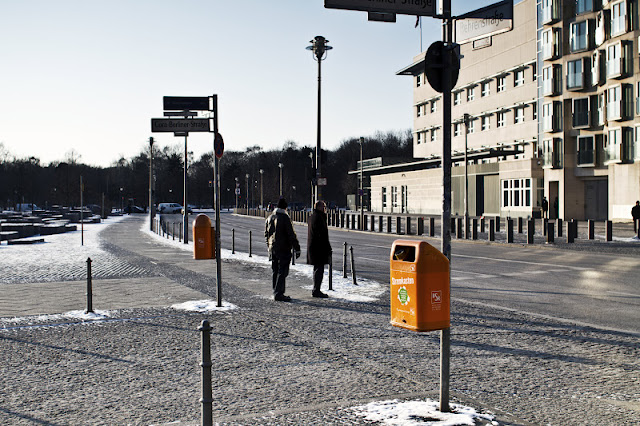 Posted by George Simms at 22:10 No comments: 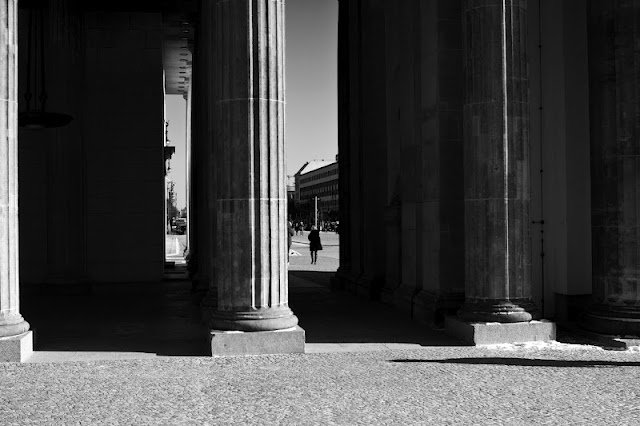 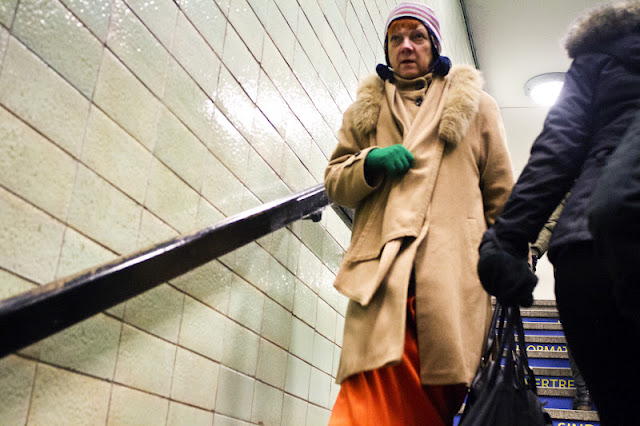 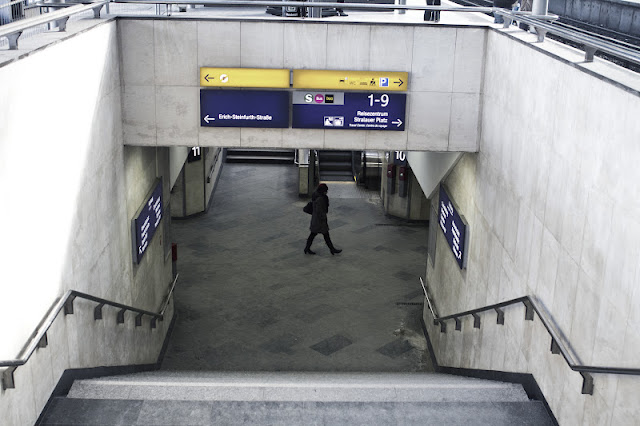 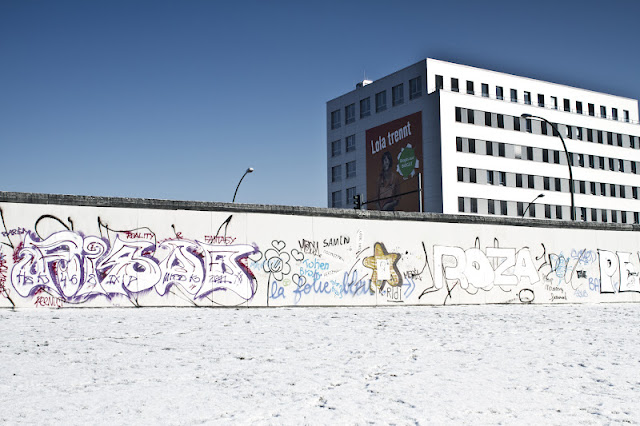 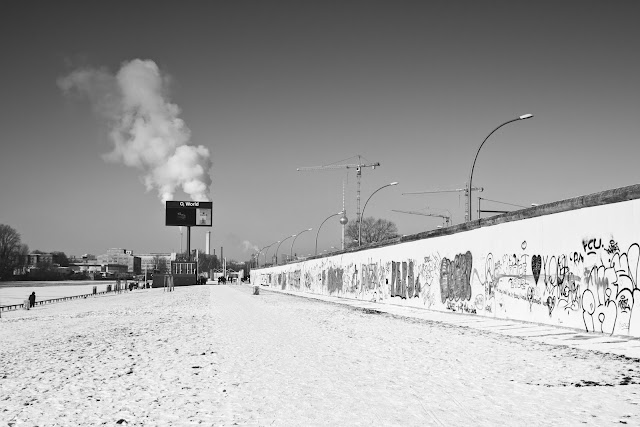 Berlin Wall
Posted by George Simms at 23:10 No comments: 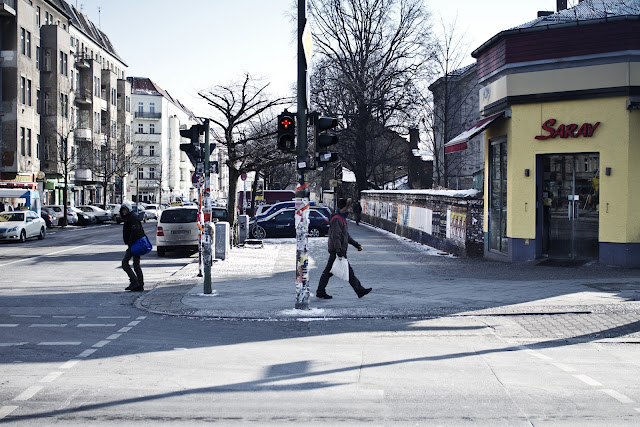 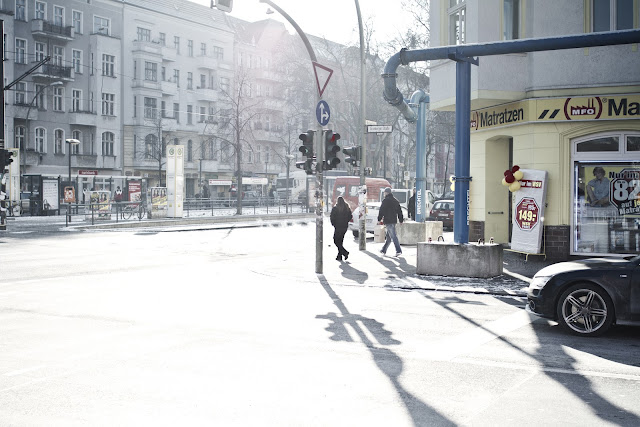 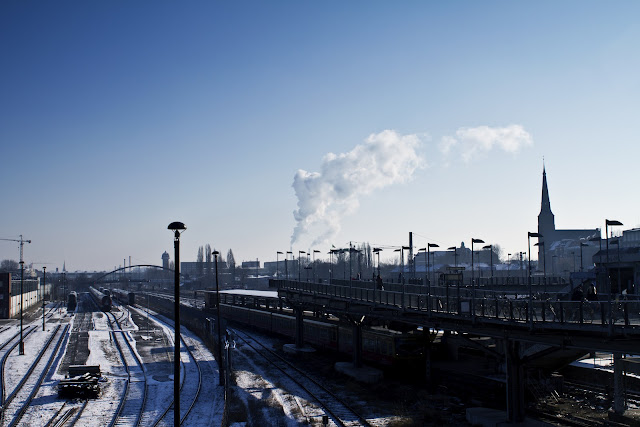 Warschauer Station.  It was stupidly cold this day, -15 at midday.  The steam just hung in the air. 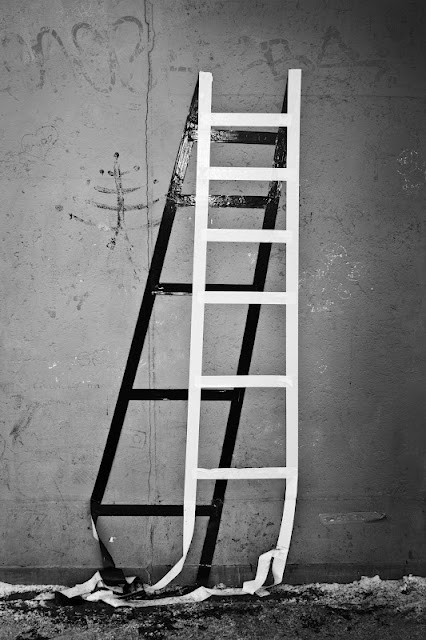 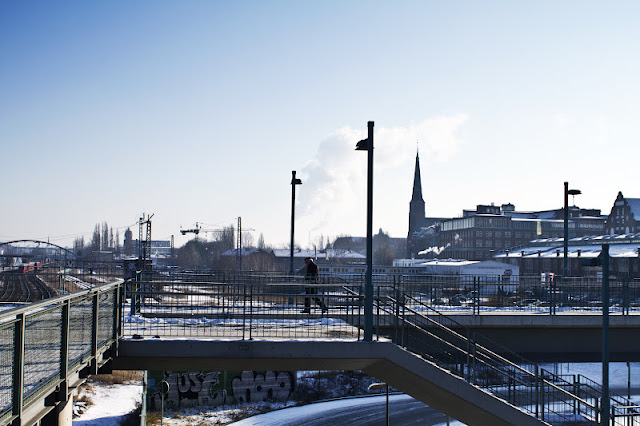 Warschauer Station.
Posted by George Simms at 11:22 No comments: 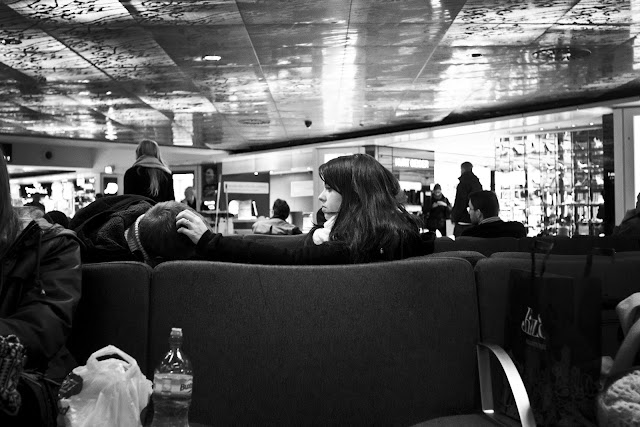 Today I started to look through the 823 (21.79GB) photos I took in Berlin.  At a first glance I liked the look of 79 of them.  This number is liable to go up or down, as I will probably look through the photos again.  Anyway, this is just the beginning!  I will be posting more and more photos, some with text, some without.

Currently in Berlin, Its about -15 at the moment!  We looked round the Reichstag today, the German officials were scary! I'll keep you updated, Photos to come.

The photograph itself doesn't interest me. I want only to capture a minute part of reality.   Henri-Cartier Bresson.

Posted by George Simms at 19:01 No comments: